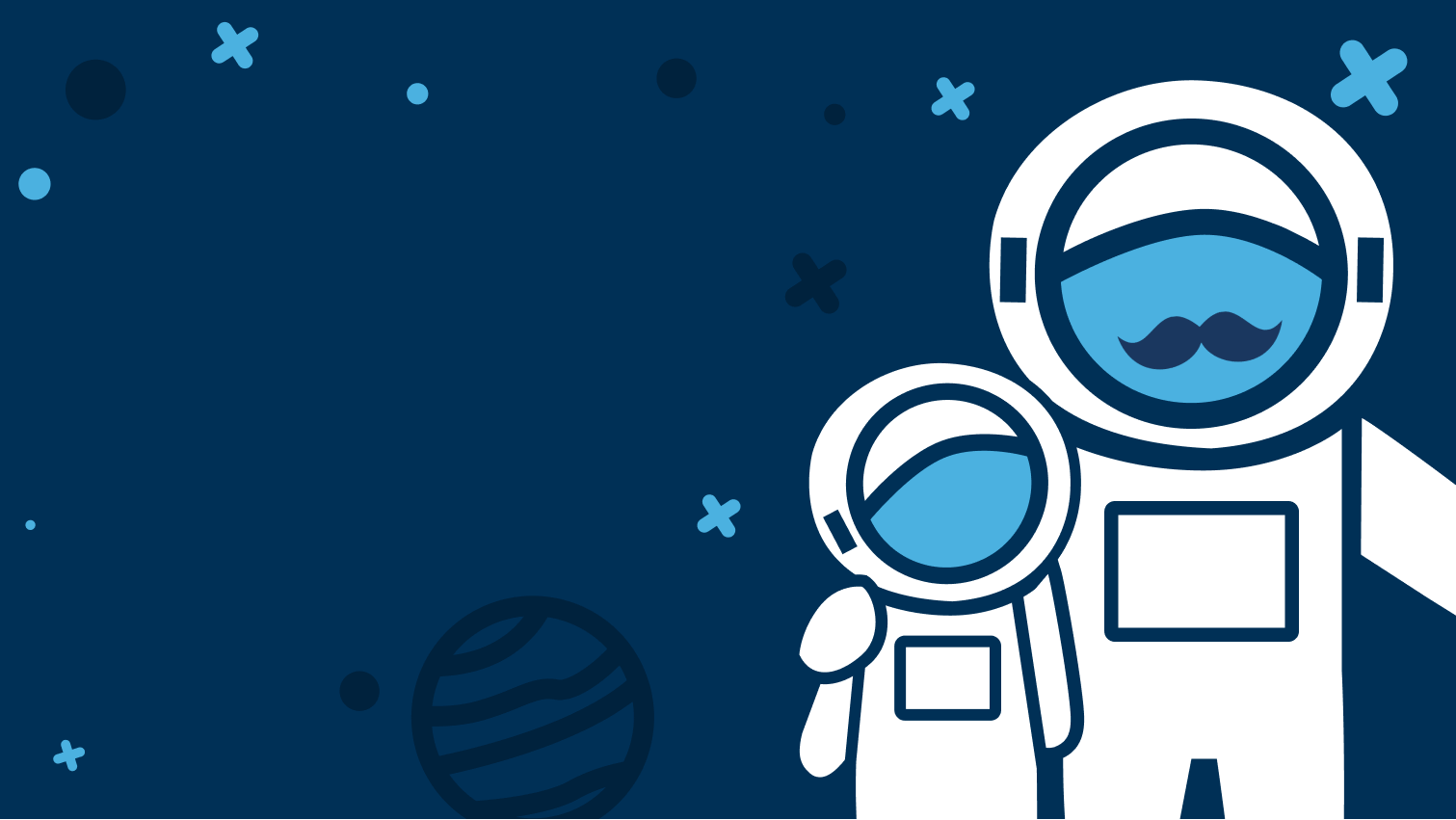 Father’s Day is a bit of a weird holiday. Often derided for its commercial roots, Father’s Day actually began somewhere in the Middle Ages as a Catholic holiday celebrating the role of fatherhood in the family and in the church. Here in the U.S., the holiday didn’t take hold until the early 1900’s as a remembrance for around 360 men that died in a mining accident before fading into relative obscurity. It wasn’t until the 1930’s, in the middle of the Great Depression, that Father’s Day took on a more financial nature, as struggling businesses turned to Father’s Day as an attempt to drum up new business and new revenue.

Fast forward to today, and you’d be hard pressed to wade through the first half of June without bumping up against a Father’s Day sale, or some kind of ad talking about how great dads are. From a marketing perspective, incorporating holidays that focus on such specific demographics are a difficult question. If your business doesn’t really deal in products or services that would directly benefit dads, for example, it’s difficult to put out a Father’s Day ad that doesn’t feel too predatory. Now, it’s not like consumers are going to criticize a company for putting out a “Happy Father’s Day” tweet to all their followers. So as a marketing team, where do you spend your energy in the lead up to such specific holidays?

For bigger corporations and companies that offer stuff relevant to fathers, it makes sense to go all on with marketing efforts. Companies like Coke and Dove with a huge international presence are almost expected to chime in on the various passing occasions. Inevitably there are tons of dads that drink coke products, and they have the advertising capacity to put something together for just that day. Dove makes mens products and markets them directly to all kinds of men, so naturally they’re going to put something together.

It’s when you get to smaller companies that you begin asking if it’s worth it to dedicate any of your marketing budget to ads and specialized Father’s Day marketing. Someone like Dollar Shave Club, whose whole market is people that want to shave, are likely to spend a bit of effort putting together a marketing plan that accounts for the day. For everyone else, anything more than a social media post that nods to the holiday might be overkill. At the end of the day, marketing is only valuable if it offers returns, and if you spend a lot of time building out a plan for Father’s Day and your market hardly consists of anyone that would shop for a father or be a father, then you’re significantly less likely to get returns on your investment.

The Good, The Bad, and The Lazy

Not unlike advertisements, one of the perennially popular hallmarks of Father’s Day is the “Father’s Day Sale”. It seems like just about everything has a sale attached to it these days, and the issue is that it begins to devalue the idea of a sale, particularly one relying on a time sensitive thing like a holiday. Even if we ignore the fact that “sale” is a bit misleading in most cases, the idea of a specific sale for a single day holiday is nothing more than a sales tactic. By creating a sense of urgency, either suggesting a kind of emotional or financial incentive to hurry and spend, companies hope to bring in more business than all the other Sundays in June.

The trouble with this is that, at this point, it’s become an obvious tactic. There’s some degree of moral question on whether or not tactics are effective, valuable, or whatever else for clients. But from a pure marketing standpoint, an obvious tactic is usually an ineffective one. Once people realize they’re being singled out and sold too, they’re far more likely to put up psychological barriers, which is of course going to influence their decision to buy or not buy. People will rarely argue with value, at the end of the day if they can get the same product for half the price, they’ll go for the cheaper thing unless there’s a good social, economic, psychological, or other reason to buy the more expensive thing.

And that’s not to say sales and marketing are evil manipulations of the people. It’s more to say that a “sale”, particularly ones that piggyback on holidays and trends, are incredibly lazy forms of marketing because it’s placing a lot of stock in tactics that have, in many cases, run their course. That fact also lends itself to perception, which is an easily overlooked metric because it’s not necessarily tied to financial gain in a concrete way. What I mean here is that if you are seen as the kind of company that markets for holidays and tries to use that as a way to drive business, people might feel a certain kind of way about it. Good or bad, that feeling can influence your business, and you need to manage that perception just as carefully as you manage the actual physical components of your business.

Where does that leave us, then? Do we market for Father’s Day or not? And the answer isn’t really a simple yes or no. It’s the painfully ambiguous “it depends”. What you should really consider is how capable you are of marketing efficiently and effectively, and then how much of that marketing you can carve out for specific things.

Let’s break that down. Efficient marketing is what we talked about earlier. It’s deciding whether or not you have the capital, time, and investment capabilities to make ads and campaign concessions for specific holidays. Father’s Day, while fairly commercialized at this point, is not on the same level of commercial and consumerist value as something like Christmas. So do you really have the marketing budget to make a whole ad for Father’s day? Or should you stick to a social media post the week before?

Observing the holiday, celebrating Father’s Day and fathers is great! Let people know you and your company care, because it’s a good opportunity to connect and interact on a social, human level. A social media post and interaction is going to cost significantly less than ad space, and it may end up being just as effective.

For the other half, about marketing effectively, it’s more accurate to say you should try to be smarter about your marketing. Consumers have a lot of access to information these days, they also have access to a lot of competitors. They’re not dumb, and if they feel that a particular marketing campaign or ad is pandering to them, they may simply take their business elsewhere. Take, for example, the current controversy surrounding national Pride Month.

As corporate facades and big businesses started slathering everything in rainbow, in stark contrast to their silence on LGBTQ+ issues before Pride Month, that community reacted with noticeable backlash. People didn’t like feeling like their traits and experiences were being commodified. Now, while the hallmark of advertisement and marketing is to identify and appeal to traits, experiences, and purchasing values of a huge variety of audiences, there are strategies that do and don’t work.

Tasteful, intelligent, and interesting marketing techniques are simply going to be more valuable in the end. It’s not wrong to figure out what people want and then offer it, but considering how you offer it makes all the difference. For Pride Month, for Father’s Day, for any specific holiday, event, or whatever that you want to market for, consider the birds-eye-view look of your campaign and marketing efforts. Account for the risks, account for the potential reactions, and make calculated decisions. Otherwise you’ll spend a ton of money and people still won’t buy your stuff because you neglected the fact that people aren’t purchasing according to the one distilled element of experience that your marketing targeted.

That said, risky marketing techniques can work. Innovation is a fantastic way to build and engage with audiences while dealing with the limitations of communication and market research. Coming back to Father’s Day, there’s a few easy ways to look at it. Do you have a product that dads want?

And if you’re totally lost at this point, just remember what makes Father’s Day significant to your actual audience. Strip away the numbers and sales, and you’ve got people that want to celebrate fatherhood. Either their experiences as a dad, or their relationship with their own dad. A good direction to go is the human direction. Celebrate fatherhood alongside your audience without making it all about what you’re selling, and you’ll be able to successfully work with holiday marketing without being too salesy. Dove did a great job with their #RealStrength ad campaign back in 2015 with this exact tactic.

So before you go off to post your “Father’s Day Special”, give it some thought. How much time and money are you spending, and are you getting it back? Tell us what you think about targeted marketing and holidays, does it work for you, or do you hate feeling singled out? Let us know!

Subscribe
Related Posts
Image Carousels: The Unnecessary Evil Do CSS sprites affect loading speed and SEO of a website? Why Pinterest Is A Marketing Channel Your Business Shouldn’t Forget ﻿Understanding And Using Fonts
Featured Posts
Why We Recommend Custom Websites Over A CMS Significance of SEO – During Pandemics, Recessions, and Downturns Why is SEO Misunderstood? What is keyword density, and why does it matter? How To Create Content that Ranks in 2020 How To Get Started With Technical SEO Guide to a Better Marketing Strategy: Part 1 Considering a Website Migration? Don’t Make These Mistakes Read the Mentions: Is Social Media the New Customer Service? Common Mistakes Businesses Make When Running a Business Blog