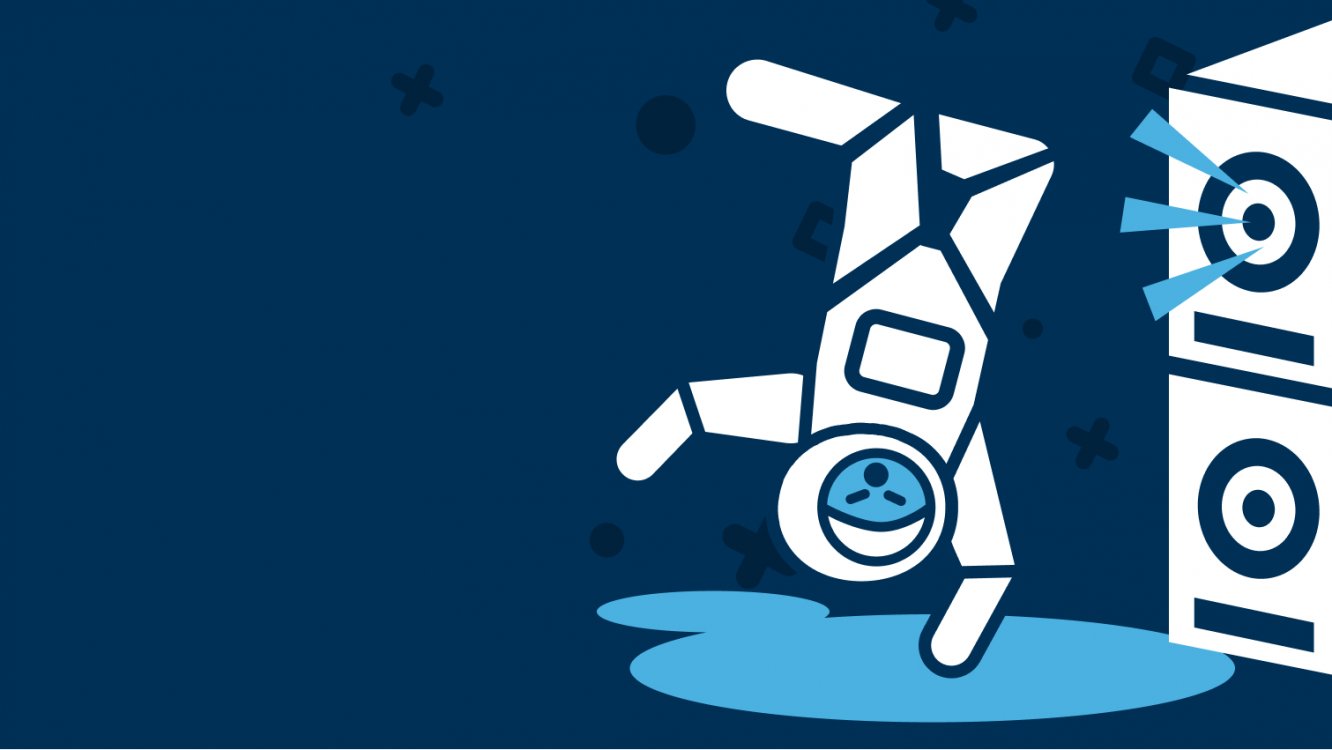 TikTok to the Future: 7 Reasons for Including New Media in Marketing

TikTok to the Future: 7 Reasons for Including New Media in Marketing

In the middle of the COVID-19 pandemic, the Vietnamese government worked with a popular lyricist to launch a PSA song. The short video used a catchy song to educate viewers on ways to prevent the spread of the virus. The song caught the attention of users on TikTok, and it quickly became a worldwide sensation, gaining the attention of media outlets even in the United States with its catchy lyrics and dance moves.

This phenomenon is just one more confirmation on the power TikTok and similar apps, which are all a part of new media. Various factors indicate that TikTok, aside from being a source of zany dance moves, is going to play an important role in the future of marketing. Innovative business owners and SEO service providers should increase the usage of new media and experience first-hand  how effective they are in boosting an enterprise.

New media refers to digital technology that offers highly interactive user experiences. As such, they’re exclusively digital and constantly updating, delivering new and fascinating possibilities to explore with each iteration. These technologies can become just as important in your digital marketing campaigns as local SEO.

The following are types of new media that could become essential to your marketing strategies in the future.

Social media is already indispensable to business, given how many of your customers are using them every day. Although Facebook is the undisputed king of social media, other platforms like Snapchat and newcomers like TikTok are already making waves and have the potential to become cornerstones of future marketing campaigns.

One of the earlier forms of new media, blogs are often relegated to becoming backlink dumps for less innovative digital marketers. However, well-written and meaningful blog content can generate user interest in your client’s site. A good article with an evergreen topic will draw the attention of users organically, which is one of the best ways to raise search engine rankings for your agency and its clients

Digital games are a separate industry already, with app developers quickly expanding as they launch new products. The proliferation of smartphones and similar devices have made digital games accessible more than ever. Successful apps can garner users by the thousands and develop devoted online communities. Fostering partnerships between app developers and your brand opens new avenues of possibilities for your marketing methods.

Used in tandem with other digital marketing services, like SEO and website optimization, new media are potential game-changers for any business.

Why Include New Media?

TikTok and other new media come with rich features and properties that make them ideal for modern marketing techniques. Each of them makes a compelling argument on why you should incorporate them into your plans.

Integrating new media in your campaigns makes it easy for you to showcase your services and products to millions of people almost instantaneously. Using even just one form of new media in your marketing could increase your conversions.

Estimates put TikTok’s number of monthly active users at 800 million, almost four times the population of the United States. In the U.S. alone, the app was downloaded a total of 46 million times in 2019. Other social media platforms boast similar numbers, with Facebook’s over a billion users being the zenith. To a lesser extent, blogs and online newspapers could outstrip their physical counterparts in readership, thanks to how easy they are to use.

Unlike a traditional marketing channel, which is lucky to have national coverage, new media can travel across the world in a second.

Most forms of new media can only be accessed through the internet. Although this may have turned them into niche platforms a decade ago, the recent boom in smartphone usage and the proliferation of cellular networks have made it easier than ever to enjoy new media.

TikTok was developed by a Chinese company and has massive traction with people in India, China, and the United States. Instagram, yet another extremely popular social media platform, is big with influencers, allowing them to foster fans from all over the world. A global reach helps you build your customer base internationally, opening the probability of expansion into those areas.

Blogs and social media have evolved to the point that you can create links between them easily. You can synchronize your social media posts and blog articles to provide simultaneous updates to your customers. This lets you build an effective funnel using different platforms, channeling them to your website. A social media post can have an embedded link leading to a blog post, which in turn has a link to your service page.

Aside from connecting posts, new media makes it easy for you to find users who are actively looking for your content. Hashtags are the most efficient way to do this, instantly including your posts in user’s social media feeds. Starting your own hashtag or piggybacking on popular tags are an excellent method of increasing your online presence.

Research indicates that in the United States, as much as 78 percent of all adults are active users in at least one social media platform. In recent years, more and more adults of all age ranges are adopting social media. But the numbers agree that the most eager and active social media users belong to younger demographics. Among adults between the ages of 18 and 29, approximately 90 percent use social media sites.

Younger audiences are also more active on these platforms, meaning that they are more likely to encounter and share your digital marketing posts. You’re also more likely to get responses from younger people, allowing you to tweak your strategies accordingly.

New media platforms often integrate different forms of communication, using video, text, and images in tandem. For example, Instagram started as an image-based media hosting platform and eventually grew to include short videos as well as interactive elements. Twitter previously only allowed short text-based posts, but it now allows you to post videos up to two minutes in length.

Aside from social media accounts, blogs and online newspapers can integrate different media forms in their layout.

There’s a reason these platforms are geared for more versatile media experiences. Multimedia posts, particularly pictures and videos, capture your audience’s attention more effectively than simple text posts. This gives new media-inclusive strategies an edge over marketing tactics that only use one form of media.

Their multimedia nature also makes them easy to digest. Done correctly, short videos can have more impact than lengthy text articles. Infographics alongside blog posts or videos provide a summary that your audience can understand and share easily.

Once, traditional media campaigns were the height of marketing strategies. Television ads during prime hours were worth millions because of how many people could see them. Newspaper ad space was a battleground between different companies. However, new media can exceed what traditional media could do during its height for more cost-effective numbers.

For example, a full-page ad in the Washington Post, one of the country’s most respected publications, costs more than $160,000. The newspaper had a circulation of more than 500,000 in 2019. On the other hand, a single Facebook post or tweet can exceed those numbers and cost you less than $100. However, the success of a new media post and its level of exposure depends on how well you craft the message and curate it.

Digital platforms and network connectivity combined allow your audience to instantly interact or respond to your marketing campaign. Comment sections can be a useful way to track what people are saying and even how they’re reacting to reactions. Facebook’s “Like” button and similar features on different social media platforms give you a general way to gauge whether your ad is well-received.

Similarly, you can respond to your audience instantaneously. They can raise concerns or issues about your business, and you can reply to their comments with ease. Tracking their responses allows you to strategize future marketing efforts or adjust the ones that aren’t doing well.

New media is a gateway to the future of marketing.

Thanks to advances in information and computing technology, the future is now. Instead of lagging, stay ahead of the competition and the rest of the pack by embracing the marketing possibilities presented by new media. With assistance from an experienced team of marketers, you can use them to secure your company’s future today.

The views included in this article are entirely the work and thoughts of the author, and may not always reflect the views and opinions of Regex SEO.

Subscribe
Related Posts
TikTok to the Future: 7 Reasons for Including New Media in Marketing SEO Best Practices to Skyrocket your E-Commerce Sales in 2020 5 Trends That Will Take Over The eCommerce Design World Why Pinterest Is A Marketing Channel Your Business Shouldn’t Forget
Featured Posts
Why We Recommend Custom Websites Over A CMS Significance of SEO – During Pandemics, Recessions, and Downturns Why is SEO Misunderstood? What is keyword density, and why does it matter? How To Create Content that Ranks in 2020 How To Get Started With Technical SEO Guide to a Better Marketing Strategy: Part 1 Considering a Website Migration? Don’t Make These Mistakes Read the Mentions: Is Social Media the New Customer Service? Common Mistakes Businesses Make When Running a Business Blog